The Cleveland Clinic talks about ecigs on their blog 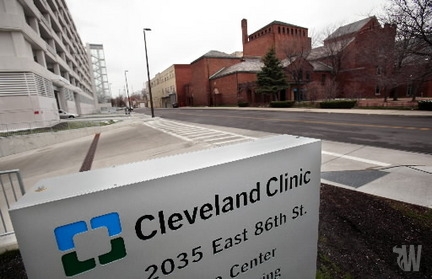 The Cleveland Clinic health team recently posted an article on their blog making public the results of a survey of available science on electronic cigarettes. As this might not come as a surprise to many supporters of the devices, that study discovered ecigs to be much less harmful than smoking and actually helping people kick this nasty habit.

Other research supports this finding as earlier in 2014, the Centers for Disease Control and Prevention reported that 1 in 5 tobacco smokers in the United States have tried the easily available e-cigs. In addition to this, here are some other interesting statistics:

E-cigarette sales have doubled every year since their introduction in 2007;

The $1.5 billion American electronic cigarette industry tripled its sales in 2013;

Scientists also analyzed the toxicant concentrations in both e-liquid and aerosols in comparison with tobacco smoke. They found that both the e-juices and aerosols had much lower concentrations of toxicants and that their carcinogen content was â€™negligibleâ€™. A finding by Roswell Park Cancer Institute researchers supports this as they analyzed 12 electronic cigarette companies and found that toxicant levels were 9 to 450 times lower than in combustible tobacco smoke. While this may look like electronic cigarettes are less harmful than their tobacco counterparts, it does not mean they are 100% carcinogen-free.

In addition, despite the finding in this analysis that some humectants feel safe to inhale, repeated exposure of propylene glycol or vegetable glycerin is believed to cause airway irritation and there is yet no long-term analysis on the overall effects on human lungs.

Other scientific study supports the idea that electronic cigarettes can minimize smoking urges and could give enough motivation on helping users quit. E-cigarettes have been proven similarly effective to nicotine inhalers in reducing both the cravings and the effects of withdrawal. Another research found that electronic cigs may be equal but were no more efficient as a smoking cessation tool when compared to nicotine patches or placebo e-cigs after six months. But then again their popularity must come from the fact that they are simply cooler than any other product.

The data also showed that despite the fact e-cigarette use is on the rise, experimentation is more common amid people who already smoke conventional tobacco cigarettes. In addition, when used as planned, e-cigarettes carry a minimal risk for nicotine poisoning.

The scientist gathered data from over 81 already available studies and even though itâ€™s only a glimpse at their pros and cons, the main conclusion is beginning to take shape. Of course, thereâ€™s much more research needed to get a comprehensive report on the effects of these devices on our lungs, but one thing is clear. They are far healthier than smoking on pesky tobacco cigarettes and the risks involved are minimal. With new studies founded by the FDA, we will probably get a much wider understanding in a couple of years on the benefits of ecigs.