The components of electronic cigarettes and some words about them 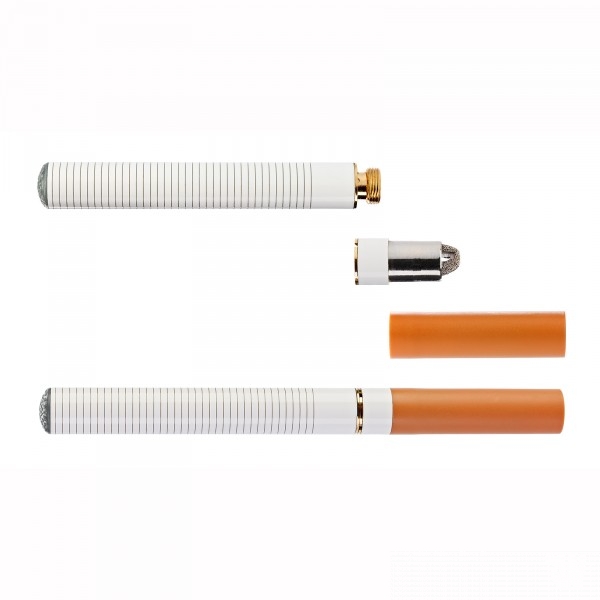 Electronic cigarettes are battery operated devices that transform a nicotine based liquid into vapor by the use of a heating element. Also called ‘ecigarettes’ or ‘ecigs’, these gizmos went from novelty items just a few years ago to the day-by-day companions of millions of ex-smokers worldwide. Their ever increasing popularity is mostly due to the simplicity of the vaporizing process and the health benefits when compared to traditional tobacco cigarettes. The components of electronic cigarettes are: a battery, a heating element – called an atomizer – and a unit that stores the e-liquid.

The battery can be manual or automatic and it is most of the times rechargeable. Disposable ecigarettes are the only exception, because their battery cannot be recharged doe to the fact that these devices are intended for single time usage before tossing them to the trash. Most electronic cigarettes that mimic their analog tobacco counterparts (also called cig-a-likes) are powered by an automatic battery. This type of battery activates itself and powers on the devices each time the user inhales from the device. The other types of electronic cigarettes have a manual battery that means that the user needs to keep a button pressed each time he uses the device in order to activate the atomizer.

The heating element is called an atomizer and depending on the model, they come in many shapes and sizes but as a casual user or cig-a-like lover you don’t need to worry about it very much. In the past, e-cigarettes used to be made out of three distinct parts with the atomizer and cartridge separated but nowadays most companies use a two-piece ecig model that has the atomizer and cartridge as a single piece. Therefore each time you buy a set of new flavored cartridges they all have their own atomizer so you just have to screw them to your battery and enjoy your vaping. More advanced electronic cigarettes often referred to as ‘mods’ use more complex atomizers (sometimes even rebuildable models) that are used to create even thicker clouds of vapor but they are mostly intended to experienced users and DIY lovers.

The unit that stores the e-liquid is often called a cartomizer or cartridge if you are using cig-a-likes. There are bigger units called clearomizers or tanks but they are intended for mechanical mods or advanced personal vaporizers. The high quality ones are designed from aluminum or stainless steel and pyrex glass. The cheaper versions are made from acrylic or plastic and they tend to have some problems with certain types of e-liquids.

Many electronic cigarettes come in starter kits, which is the best way of getting everything you need with a single order. They usually contain one or two batteries, a pack of cartomizers or a bottle of e-liquid and a clearomizer, a carrying bag and chargers (wall charger, USB charger and sometimes even a car charger). Shopping for all of these separately would add up to a lot more than buying them in a single box and this is why most users go for these sorts of deals.