E-cigarette was confused with bomb 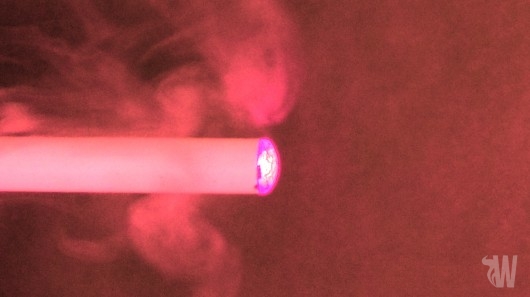 An electronic cigarette can cause a lot of confusion. Lots people don’t know what it is and confuse it with a tobacco cigarette. However, an incident in Great Britain took this to a whole other level. An e-cigarette was confused with bomb and alerted all troops.

The thing that caused the fuss was a LED light of an electronic cigarette in a bus. Some people saw the light in a bag and when some vape escaped from the bag, they got nervous. “I didn’t know what it was, but it looked scary. A red light in combination with smoke doesn’t seem very safe.” Some of the people in the bus started panicking and they called the police. The owner of the e-cigarette said he didn’t noticed anything till the bus was actually stopped.

When the bus was stopped, most people got out immediately. The man was by other passengers that he couldn’t move. Once he understood they were afraid of his e-cigarette, he took the e-cigarette out of the bag, but nobody wanted to see it. Eventually everybody needed to get off the bus and nobody was allowed to leave. Sniffer dogs, armed police men, almost 20 fire crews and bomb disposable experts were sent to the bus.

Every person needed to let their bags checked, all bags were carefully emptied and the dogs were sniffing all people. The police, of course, could not find anything. The man with the electronic cigarette handed the bag with the e-cigarette to the police officers and told them that somebody must have mistaken the e-cigarette for something else. Eventually everybody could get back in the bus, but the whole misunderstanding took hours.

The incident shows there’s still a lot of confusion regarding electronic cigarettes. A lot of people don’t know what it is yet. However, the same thing happened with mobile phones years ago, but people weren’t that alert on peeping from a bag yet. Promotions of e-cigarettes as a healthier way of smoking might get rid of a lot confusion. If the e-cigarette is generally accepted as a healthy way to smoke or to stop smoking tobacco cigarettes, this misunderstandings could be prevented in the future.