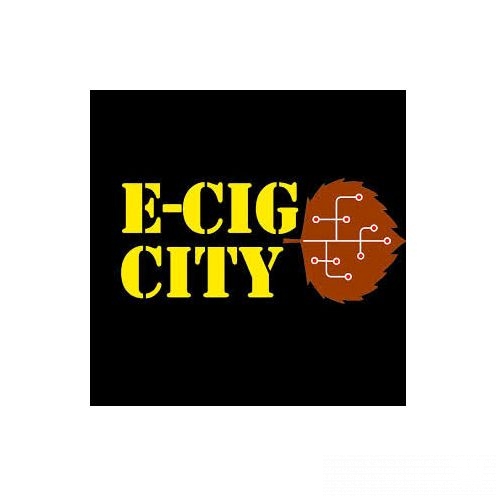 E-Cig City is a company that manages e-cigarette and e-juice stores. The company has been serving the vaping communities in Southern California since 2011. To date, E-Cig City has 15 stores in South and North California, Arizona, Texas, and Hawaii. E-Cig City’s mission is to educate the public on the benefits of e-cigarettes and vaporizers versus analog or traditional tobacco.

What are e-cigarettes and e-juices?

E-cigarettes are metal devices shaped like traditional or analog cigarettes, only they are bigger. An e-cigarette is composed of an atomizer and a cartridge that is more commonly called tank. The tank contains the e-juice which the atomizer turns into vapor with the help of power coming from the batteries. An e-juice is a liquid compound composed of propylene glycol (a compound more commonly used for fog machines) and/or vegetable glycerin as base, flavoring agents, and nicotine, the level of which is optional. Nicotine levels can range from zero to 24mg/ml. The vapor produced by the atomizer is the one inhaled by users imitating the smoke coming from tobacco. Thus, someone who uses an e-cigarette is called a vaper, while the act of inhaling the vapor is called vaping versus smoking an analog cigarette. The vapor coming from e-cigarettes does not have staining or unpleasant smell from combustion.

Sellers and manufacturers are not legally allowed to say that e-cigarettes can help a smoker quit tobacco. However, the absence of tar and many other harmful compounds in e-cigarettes make them a better and healthier choice. A tobacco has about 4,000 harmful chemicals, 500 of which are known to cause cancer.

E-cigarettes were only offered to the international market within the last ten years. As such, only a few studies were made and therefore a lot of people are still on the fence about these devices. However, published studies such as the one by McAuley, TR et al, show that comparing to tobacco smoke which exceeded risk limits, e-cigarettes as so much safer. In another study by Goniewicz, ML te al, the results showed that regular tobacco smoke is 9-450 times more toxic than e-cigarette vapors. This is probably why the number of smokers now switching to e-cigarettes is increasing every year – vaping is so much safer than analog tobacco.

Another study by the group of Goniewicz showed that second-hand exposure to vapor is safe versus second-hand smoke from tobacco which has been proven to be a health risk and can cause lung and heart problems. While e-cigarette vapor contain certain levels of nicotine and some traces of toxicants, these are not enough to consider e-cigarette vapor to be highly risky to the health of anyone in the same room where people vape.

E-Cig City Hollywood is a one-stop shop for all e-cigarette and vaporizer needs. They offer a wide variety of e-cigarette products from starter kits to high end mechanical personal vaporizers (PVs) and modified devices (MODs), accessories, and different e-juices from various manufacturers. Vapers can even ask for special juices that fits their taste. Being an e-cigarette one-stop shop, E-Cig City also provides useful information about e-cigarettes and their benefits. If there is one thing E-Cig City wants for their clients and soon-to-be clients is to provide an alternative to tobacco while sharing proper education on e-cigarettes.

Many clients are very happy about E-Cig City NoHo, here are some of the reviews posted online:

“I have found my new store for all of my vaping needs and highly recommend E-Cig City to everyone to come on by and experience the great customer service and large inventory of E-Juice!” – Nat C.

“The first thing I noticed was how clean and well stocked the place was. I was immediately greeted by Sandy (I am a sucker for good customer service) and felt right at home. I told him I was looking for a tobacco replacement vapor for my dad and he invited me to try his while selection while we chatted it up. I found the flavor and strength I was looking for and the cost was great (cheaper than the place down the road). He had other flavors too, everything you would expect from a vapor shop. The melon one was delicious.” – Travis E.

“Nice little shop with a good selection of ejuice and supplies. They've got Suicide Bunny, Eliqcube, Uncle Junks, and a bunch more I'm forgetting. Some interesting mods and accessories, got to play with a giant 26650 mod which I now want.” – Derek D.

E-Cig City NoHo is located at 11044 Magnolia Blvd., between Blakeslee Blvd and Vineland, across the street from Living at NoHo Apartment complex.