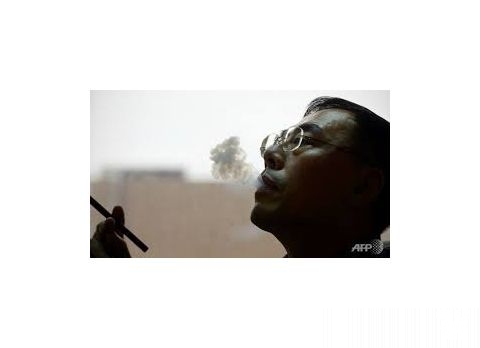 The first real electronic cigarette as we know it was invented in 2003 by a Chinese pharmacist. However, in 1963 the American Herbert Gilbert invented a similar device. He has patent over the device and it was described as ‘a smokeless non-tobacco cigarette, replacing burning tobacco and paper with heated, most, flavored air’. His plan was to make it commercial, but also available for the medical industry; he wanted doctors to use the device to heat up medicine so patient could inhale the medicine.

Gilbert though his invention would make him the richest man alive, but unfortunately it didn’t. In a time where people were smoking tobacco cigarettes in movies, music videos en in public, nobody really cared about a safr, healthy way to smoke. There were no commercials telling you how smoking could harm your healthy. There were no texts on package telling your smoking kills you or kills your baby to scare you. We now all know smoking tobacco is harmful and an alternative is welcomes everywhere. However, in the 70’s it was not yet. Gilbert talked to many companies and most were actually interested in producing the electronic cigarettes. However, the plan never really got of the ground. The technology wasn’t advances enough so the costs of producing it were high and the risk of failure as well. In 1967 Gilbert’s e-cigarette totally disappeared to never heard of again.

In the 80’s an American tobacco company R.J Reynolds started thinking of a safer way to smoke. The concerns about smoking tobacco got bigger and the world was starting to realize the danger of smoking. The company started a secret investigation which they called project Spa. Spa had the goal to develop a safer cigarette, just like Gilbert’s idea in 1963. R.J Reynolds invested over a billion dollar in their project, but failed as well. In 1988 their ‘e-cigarette was launched: the premier cigarette should safe mankind from the terrible risks of tobacco cigarettes. Premier Cigarette didn’t burn tobacco like tobacco cigarettes, but heated aerosolized tobacco flavor.

In 2003 Hon Lik invented the electronic cigarette as we now know it. The time was right, the technology was ready and the taste is perfect. Lik started creating his e-cigarette in 2000. He said he was inspired by a dream of himself drowning in an ocean when all of the sudden the sea vaporizes into fog. The first creation of his e-cigarette, Lik gave to his father who was dying of lung cancer. After his father’s dead Lik was even more determined to ‘follow his dream’. In 2003 the final creation was launched and developed. In 2004 the electronic cigarette was introduced in China by the name Ruyan. The success was so overwhelming the company Lik worked for and which had developed the e-cigarette, turned their name into Ruyan. In 2006 Europe followed and starting importing the electronic cigarette. In 2007 the United States followed this example.