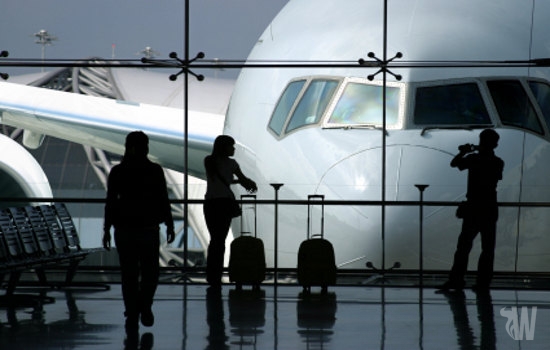 Off course you’re not allowed to smoke tobacco cigarettes on an airplane or at the airport. However, what are the rules for electronic cigarettes? Can you use your E-cigarettes on airports? The regulations don’t seem really clear and all airports definitely don’t handle the same rules. In fact, some airports regulate e-cigarettes another way in every terminal!

At the moment the regulation on e-cigarettes is unclear. The FDA is still working on rules and restrictions for smoking and purchasing electronic cigarettes. In the meanwhile most shop, bar or other public place owners are confronted with the issue. Local laws sometimes make their own rules for sales and use of e-cigarettes. The same thing applies to most airports which makes it very difficult for users of electronic cigarettes to know if they can use (vape) on airports.

To make it even more confusing, some airports have regulated electronic cigarettes on different ways inside the airport. This means you’re allowed to vape in one terminal, but need to finish vaping before walking into the next terminal. New York City's LaGuardia International and John F. Kennedy International airports only ban e-cigarettes in some specific areas. You can see different signs in every terminal.

In New York, a town with a big vapor community, there are no real specific laws on e-cigarettes. Some businesses allow people to use electronic cigarettes inside and some totally ban e-cigarettes. The New York Port Authority oversees the airports and bans e-cigarette use in the terminals it operates. However they lease some terminals to airlines and private companies, which can have their own policies on e-cigarette use. Some of them allow people to use electronic cigarettes in their terminal. You will notice signs in the different areas.

At this moment the division is regulated like this: The use of e-cigarettes is banned in LaGuardia Terminal B which is operated by New York Ports Authority. However in Terminals C and D, operated by Delta Airlines, you are allowed to use an electronic cigarette. At John F Kennedy Airport the use of e-cigarettes is banned in JetBlue’s Terminal 5, but in Terminal 2, Delta, you’re allowed to use electronic cigarettes.

Chicago and New York City are considering a law which threats e-cigarettes as any tobacco product. If this law would be implemented, this would mean electronic cigarettes won’t be allowed at any airport in those cities any longer. E-cigarettes would also not be allowed anymore at restaurants, café’s or other public places.