E-cigarettes serve as inspiration for a revolutionary inhaler 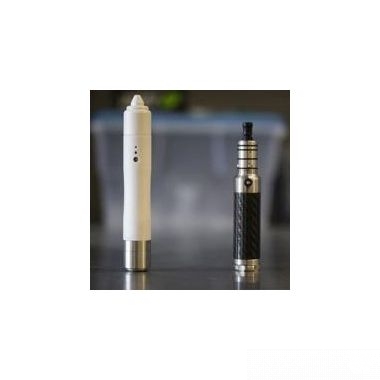 The electronic cigarette as we know it today was first developed by Hon Lik, a Chinese pharmacist who invented the device after his father died of lung cancer. When Noah Minskoff's mother also died of lung cancer in 2007, ecigs were just entering the U.S. market and the lad, who was just accepted in medical school was constantly asking himself whether the devices might have saved her if she kicked the habit.

Minskoff took an electronic cigarette, which is a battery operated device used to deliver nicotine and other chemicals into a vapor form for the user, and sent it to his mechanical engineer and childhood friend Nathan Terry.

Terry, who was working in Germany, dissembled the product to see how they were made, and what he discovered inside troubled him: in the center of the ecig were certain wires of questionable quality wrapped around a few glass-fibers and in the near proximity of steel wool, plastic, tape, silicon,and adhesives. This lead to the opinion that vapers might be inhaling dangerous particles and toxic fumes. ‘There were red flags everywhere,’ he told Reuters.

Nevertheless, he admired the idea and wanted to craft a version of his own, but without fiberglass, plastic or solder and buying his materials only from US vendors. He used surgical-grade equipment and premium materials that aren’t usually found in common electronic cigarettes. His device features a metal wire wrapped around a magnesia-stabilized zirconia rod. In addition, he manually fitted each part in block-to-block fashion rather than soldering them together. In 2009 he met with Minskoff and decided to create a new company called 'Thermo-Essence Technologies', to market the new product.

At $300 per unit, these e-cigarettes serve a niche market, with many of his customers puffing on medicinal marijuana and with sales reaching as around 30,000 units.

However, what began as a quest to develop a safer e-cigarette has turned into a courageous effort to design a state of the art medical gizmo: an e-cigarette inhaler that gives out exact doses of nicotine to help with their smoking cessation efforts. The technology has the potential to also be used in the creation of a device to deliver strong pain killers such as opioid substances. To create the inhaler, Terry formed a second company, Minusa LLC, located in Newtown, Connecticut.

When he developed his e-cigarette he assumed the the FDA would come up with regulations for the cig market. He also new that there were going to be some standards required and Terry is more than prepared to meet any requirements. His nicotine-delivery system, called Envi, is a intended for a single user and can withstand tempering while giving out a specific inhalation dose.

‘It will only let you take your prescription, ‘Terry said. ‘"It will log your usage and transmit it in real time, and make it easier for the doctor to monitor and interact with the patient.’