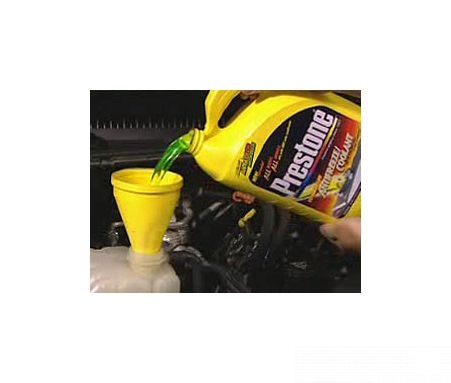 Despite the fact that electronic cigarettes are becoming more and more popular with each day that passes, there are still plenty of people out there that regard them as mysterious devices and don’t quite understand their principle or functionality. And no matter if the great majority of scientists, doctors and users have come to an agreement that they represent a far healthier alternative to combustible cigarettes, there is still no long-term research done to clearly show the effects these gizmos have on the health of users and those around them. Another effect for the lack of scientific studies is that many electronic cigarette opponents can make false or ridiculous claims about the devices in order to scare people off them.

The question however remains. Does e-liquid contain antifreeze or is this also a ridiculous claim? How harmful is antifreeze and are there different types of antifreeze liquids?

The type your car uses and which everyone knows is extremely harmful to our health and the environment. Antifreeze is a substance that lowers the freezing point of distilled water for cold environments and also maximizes the boiling point in order to use increased coolant temperature. This chemical is usually made from Ethylene Glycol, Methanol or Propylene Glycol. Methanol is flammable, colorless and poisonous, with a sweet smell and is commonly used for deicing, washer liquids and even fuel additives.

Another substance with a sweet taste that is extremely poisonous for people and animals is Ethylene Glycol. If ingested, it has the same symptoms as other illnesses, making it very hard to diagnose while it slowly irreparably damages the heart, lungs, brain and kidneys. It has served the purpose of an antifreeze starting with 1926 and also has a lot of other industrial applications.

However, last but not least, Propylene Glycol can also lower the freezing point of distilled water much like Ethylene Glycol and is commonly used in different antifreeze compositions but the main difference between these substances is the fact that this is not toxic. Propylene Glycol or PG is regarded as a safe chemical by the US FDA and is used as a humectant, preservative, solvent and component of the majority of e-liquids on the market today. Long exposure to the substance does not irritate the skin.

Substantial amounts of PG can be ingested without causing toxicity (up to 5% of the total nourishment) and long-term use does not give any side effects. It is also used in a wide array of cosmetic and pharmaceutical products without any documented evidence that it might present a potential hazard to use and consumption, except in the case of allergies.

The other components of e-liquid are vegetable glycerin (VG), nicotine and flavorings. These substances are not even remotely related to antifreeze and also have no documented side-effects if ingested in small quantities.

To summarize this article, e-liquid does contain Propylene Glycol, a chemical used to make a type of antifreeze but, as opposed to other substances like Methanol or Ethylene Glycol it is non-toxic and doesn’t pose a risk to human health.