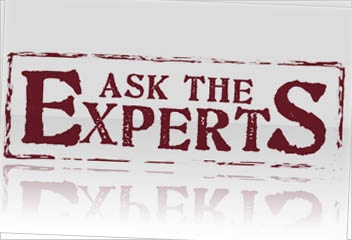 Tobacco smoking is the leading avoidable cause of premature death and disease in the world. According to the Center for Disease Control and Prevention (CDC), around 5.4 million people die each year due to smoking-related illnesses. This figure is expected to increase to more than 8 million each year by 2030.

More than 440,000 deaths, or nearly one of every five deaths each year in the US, are caused by one of the many adverse health effects of cigarette smoking. This statistic is more than the deaths caused by human immunodeficiency virus (HIV), prohibited drug use, alcohol abuse, motor vehicle injuries, suicides and murders combined.

Smoking causes an estimated 90% if all lung cancer deaths and studies have proven that if nobody smoked, one out of three cancer deaths in the US would not happen.

Smoking harms nearly every organ of the body. It’s that deadly.

According to the American Lung Association, there are approximately 600 ingredients that make up one cigarette stick. The ingredients alone are not what kill – it is the more than 40,000 chemicals created when it burns that do. At least 50 of these chemicals are known to cause cancer and many of them are poisonous. (source)

Quitting smoking has evolved into a worldwide action program to help smokers to stop the habit.

CDS is the lead US federal agency for comprehensive tobacco prevention and control. It has its own Office on Smoking and Health that develops, conducts and supports strategic efforts to protect the public’s health from harmful effects of tobacco use.

Despite the numerous reasons why quitting smoking is better in the long run (for health, to save money and prevent secondhand smoke from spreading to non-smokers), quitting the habit is easier said than done. This is why smoking cessation products were developed.

Experts say that if nicotine can be sustained without the consumption of cigarette smoke, smokers can stand a chance to quit smoking. This is why nicotine replacement therapy products (NRT), electronic smoking products (ESPs) and electronic nicotine delivery systems (ENDs) were developed.

We are going to focus on electronic smoking products (ESPs) and electronic nicotine delivery systems (ENDs).

The World Heath Organization defines electronic cigarettes (e-cigarettes) or electronic nicotine delivery systems (ENDS) as: "devices whose function is to vaporize and deliver to the lungs of the user a chemical mixture typically composed of nicotine, propylene glycol and other chemicals, although some products claim to contain no nicotine. A number of ENDS are offered in flavours that can be particularly attractive to adolescents. Electronic cigarettes (e-cigs) are the most common prototype of ENDS.

Each device contains an electronic vaporization system, rechargeable batteries, electronic controls and cartridges of the liquid that is vaporized. The manufacturers report that the cartridges typically contain between 6 and 24 mg of nicotine, but sometimes can contain more than 100 mg. In the form of tobacco products, nicotine is an addictive chemical that in excessive amounts can be lethal (0.5-1.0 mg per kg of weight of the person).

Most ENDS are shaped to look like their conventional (tobacco) counterparts (e.g. cigarettes, cigars, cigarillos, pipes, hookahs or shishas). They are also sometimes made to look like everyday items such as pens and USB memory sticks, for people who wish to use the product without other people noticing." (source )

The Safety of ENDS

The safety of ENDS has not been scientifically demonstrated. However, among the millions of people who are using it, there have been no known negative effects. Long-term effects have yet to be known as these products were only launched in 2009 worldwide.

ENDS or E-cigarettes as an Effective Method for Tobacco Smoking Cessation?

"The World Health Organization (WHO) advised in July 2013 that the safety of Electronic Nicotine Delivery Systems (ENDS) and the efficacy of ENDS for helping people to quit smoking have not been scientifically demonstrated. As ENDS do not generate the smoke that is associated with the combustion of tobacco, their use is commonly believed by consumers to be safer than smoking tobacco.” (source)