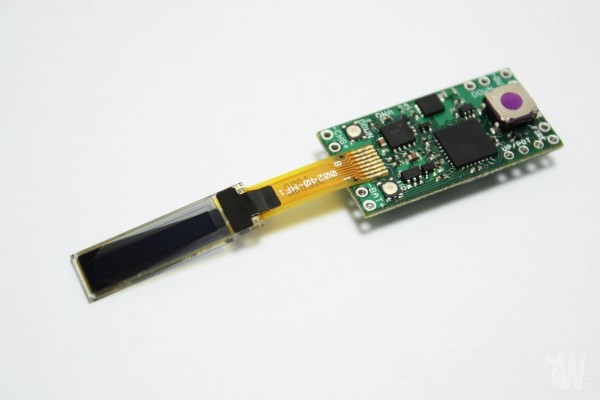 The DNA 30 from EVOLV has been one of the most successful electronic cigarette chips ever to be released with a huge number of positive reviews coming from users that have tested the device and enjoyed vaping like never before. And for about a year the engineers at EVOLV have been working on something even more spectacular than the previous model, a chip that will certainly become as legendary as its predecessor.

Released officially on October 14th 2014, the DNA 40 has been engineered with a key aspect into consideration – temperature protection. You probably heard the news that the levels of formaldehyde can be up to 15 times higher when the user inhales dry puffs and the people at EVOLV decided to be sure this would never happen with their latest chip. According to a company representative, the DNA 40 is the first production board that can accurately measure the coil temperature and limit it electronically.

But this doesn’t mean that people will be able to adjust their temperature on the new DNA 40 based devices. The idea is to set a maximum desired temperature and then adjust the wattage as usually, but the board will never let the coil go past that reading. However, increasing the temperature will not affect the amount of vapor coming from your device – it will only influence how much flavor you get from your favorite e-liquid. The new EVOLV chip will allow you to set a high enough temperature to vaporize the e-juice but low enough so you don’t burn the wick.

The chip has a maximum power output of 40W, and while this might seem like a small number when compared to today’s powerful vaporizers it’s in fact enough for the majority of vapers. While those looking to blow off huge clouds might be disappointed about the DNA 40, it is the perfect device for all those vapers out there that want to enjoy a smooth and flavorful experience without every worrying about dry puffs.

In order for the chip to accurately measure the temperature you will have to use only pure Nickel wire (Ni200) and you can build coils out of it as low as 0.1 Ohms. If you use Kanthal wire you can go as low as 0.16 Ohms. You can even go for lower resistances, but the amount of power the DNA delivers will be limited. By default the limit for temperature protection is set at 450° Fahrenheit but you can easily change this setting after reading the manual and going through the settings.

The temperature limit can be adjusted from 200 to 600° Fahrenheit and you also have the option of disabling this protection. In addition, when the new EVOLV chip is used with a temperature sensing atomizer, it will activate an extra feature called ‘Preheating’. This will apply power until the coil has reached the perfect temperature to minimize the delay between pressing the firing button and getting a smooth vapor hit. The LCD screen shows battery life, atomizer resistance, current wattage and depending on the type of atomizer you use – the temperature or output voltage.