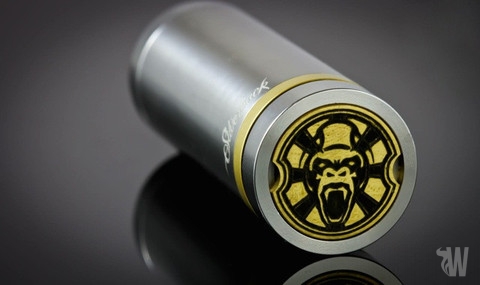 There is an ongoing debate about the general e-cigarette safety and much of the fear is generated by the unknown effects these devices might have on our health and the health of second hand vapers. Since the devices have been on the market only for a short period of time there isnâ€™t enough evidence to draw solid scientific conclusions and a real understanding of side effects, but in comparison to combustible tobacco, the majority of experts agree that ecigs can be considered a less risky alternative.

Due to the lack of a medical license, electronic cigarettes cannot be officially considered a smoking cessation product, but they are a form of nicotine delivery. As far as we know until now, their toxicity is quite similar to other nicotine replacement products but some studies indicate that inhalers might be even safer in comparison.

Electronic cigarettes heat up a nicotine laced e-liquid and turn it into a breathable mist â€“ referred to as vapor but called an aerosol. The amount of nicotine entering our bodies through the process of vaping is unknown but it is considered to be less than in the case of tobacco cigarettes. Nicotine is in addictive drug that can be fatal when ingested or absorbed through the skin in certain quantities. However, itâ€™s common sense not to drink the e-liquid and the majority of bottles are child proof. This eliminates the risk of inappropriate handling of the substance and because of the low nicotine concentration in the ejuice itâ€™s highly improbable if not impossible for a vaper to get an overdose by puffing on an e-cigarette. Symptoms like nausea and vomiting come way before any life threating condition and the person would definitely stop puffing before reaching the critical dose.

In the case of pregnant women, no quantity of nicotine is considered safe. Electronic cigarettes, however, do offer the â€˜nicotine freeâ€™ e-liquids which could potentially calm some of the oral and gesture fixations but the effects of the other compounds on the fetus are still unknown.

The concentration of particles in the aerosol emitted by an ecig is up to five times lower than in the case of a tobacco analog but this doesnâ€™t mean that the vapor if 100% safe. There are traces of nicotine, propylene glycol, glycerol, and other chemicals but below the standards considered toxic for the work environment. The impact of these chemicals on the user and second hand vapers is still unknown but itâ€™s definitely small in comparison to tobacco smoke.

No serious adverse effects have been reported from users of electronic cigarettes in scientific trials. Symptoms like coughing, nausea, throat inflammation and â€˜vaper tongueâ€™ can appear in isolated cases but it cannot be generalized. These usually happen in the first weeks of vaping and gradually disappear with time.

Fire hazards and explosive batteries are another concern with electronic cigarettes. While these are isolated incidents they cannot be ignored â€“ but we have to regard them realistically. Some of the vapers involved in fire hazards admitted recharging their batteries with accessories for their mobile phone or tablet that delivered a much stronger current. Other incidents happened due to exposure to sunlight or hot environments. But the fact is that these events did not happen only with ecig batteries â€“ they happened with cell phone batteries, tablets and other types of electronics. While today lithium cells have evolved a lot since their beginnings and are considered safe, because of the billions of ecigs sold worldwide, the probability of a faulty cell always exists.

Mechanical mods are also riskier for beginners that want to build their own coils because they lack safety fuses or protection circuits. They only have ventilation holes to prevent the battery from overheating but an increased awareness and understanding of Ohmâ€™s Laws is required if one wants to use DIY coils using a mech mod.

On the other hand advanced personal vaporizers are packed with protection these days, especially the latest models to hit the market. From reverse polarity to short circuit fuses, they are almost full-proof when it comes to fire hazards and explosions. However, they are operated by separate batteries that need to be recharged in optimal conditions and with adequate gear.