How can ecigs help you quit? 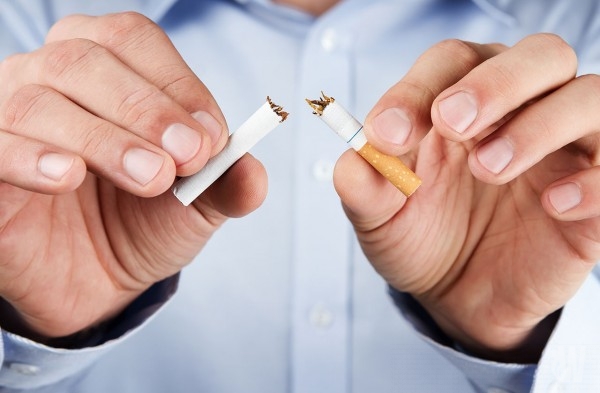 Being a smoker is rather complicated these days mainly because society puts so much pressure on this hazardous habit and more and more people are turning to a totally different lifestyle. You see a lot of vegetarian recipes instead of the usual steaks, people exercising more, going to the gym and choosing dairy free and gluten free products. This healthier alternative to our usual way of life happened gradually but intensified in the last few years. People are now aware that stress and poor nutrition are the main causes for depression, illnesses and the lack of energy. Once enjoyable social habits like smoking and drinking are today stigmatized, especially by parents who donâ€™t want to set the wrong example for their children or to see them handing around people indulging in such activities.

But people don not often want to quit something just because society dictates it, especially something that is as addictive as tobacco. Instead they witness the negative effects they are exposing themselves to (yellowish teeth, aging skin, bad breath, smelly hair and clothes) and learn about the conditions smoking can induce to the heart and lungs. Almost everyone wants to enjoy a beautiful life surrounded by loved ones and having children and grandchildren. This is probably the main reason for the continuous drop in cigarette sales all across the globe and the thriving of the alternative nicotine delivery systems market.

Alternative nicotine delivery systems include patches, gum and inhalers and they are responsible for ensuring a stable supply of nicotine to an addicted brain. Because nicotine is absorbed through the skin and gums, these therapies give good results in some cases, but thereâ€™s more to a smoker than the amount of nicotine in the blood. There are the oral fixations, the gesture, the taste and the whole ritual of puffing on a cigarette. Besides the medically licensed and prescribed products there are also additional nicotine delivery systems that seem to help smokers stay away from tobacco. Such products include snus â€“ a tobacco patch that is put under the upper lip â€“ and electronic cigarettes.

Electronic cigarettes donâ€™t have a medical license to be sold as a smoking cessation aid and they have sparked a fierce debate in the last few years due to the lack of scientific data to back up the claims that they donâ€™t pose a threat to our bodies on the long term. However, many scientists agree that â€“ in direct contrast with tobacco products â€“ they can be regarded as a safer alternative of getting the much craved nicotine hit.

In a short period of time (about 9 years) electronic cigarettes have gone from innovation to the day-to-day accessory of millions of current and former smokers worldwide. According to some studies they can actually be quite efficient at making people forget about tobacco because they address all components of the addiction â€“ thy mimic the process of smoking to the last detail, they deliver a fair dose of nicotine and they satisfy the fixations. They can also be used in some States and countries in places where traditional tobacco is banned like bars or restaurants.

But what makes them so unique? Well, initially shaped as a traditional cigarette, the e-cigarette came with a rechargeable battery, a heating element called the atomizer and a flavor cartridge. The ejuice from the cartridge was vaporized by the atomizer resulting in an inhalable mist, in a process rather similar to smoking tobacco. Nowadays ecigs mimicking analogs have noticed a decline in sales, being gradually replaced with mech mod and personal vaporizers that deliver more nicotine and emit powerful vapor.

But regardless of their shape or size, these devices are famous for helping smokers cut down and stop smoking but how can ecigs help you quit?

Well, the first you need to do is to find an ecig appropriate for your needs. Itâ€™s better to first visit a vape shop and try a few in your hand to see how comfortable they are and experiment with different setups. However, donâ€™t except to buy an e-cigarette and quit right afterwards. While it may be an efficient nicotine delivery system it doesnâ€™t seem to do the trick for everyone.

If you donâ€™t have a vape shop close to you, or you have one but you prefer to do some more scouting, then the internet is full of online stores that sell almost everything. There are the cigarette-a-likes â€“ the two piece eicgs that work by recharging the battery and screwing on the flavor cartomizers. These are simple in design and appearance and offer a balanced but moderate vapor production. However, they might just do the trick if you are moderate smoker. Each flavor cartomizer lasts as long as a pack of cigarettes and itâ€™s recommended that you go for the highest nicotine concentration from the start. You will feel if the nicotine is too strong and choose something a bit less concentrated, but on the other hand a lower nicotine concentration than your body requires might result in you getting the feeling that ecigs donâ€™t work.

There is another category of electronic cigarettes, referred to as vaping pens. These work by refilling their tanks with e-liquid and recharging the battery when itâ€™s depleted. They deliver a more powerful nicotine buzz and vapor production and they are also good to carry around for day to day use at home or at the office. Some come with replaceable atomizer heads that make it simpler to dispose of worn out coils while others have bigger tanks for more e-liquid. They might help you stay off tobacco even better than cig-a-likes because once you get used to the refilling and atomizer replacing it becomes part of your routine. Because the flavor is much stronger and vapor production rather similar to smoking on an actual e-cigarette this types of product is great for any type of vaper, regardless of gender or age.

The last category of e-cigarettes includes the famous mechanical mods and advanced personal vaporizers. These are a bit more expensive than the previous two categories but they deliver the most satisfying vaping experience ever. While more fancied by young vapers and DIY enthusiasts, some models are intended for everyone and once you start using them, youâ€™ll never turn back to the old gear. You can buy plenty of accessories like rebuildable tanks and atomizers that give off massive vapor clouds and they usually benefit from powerful batteries that are either built in or charged separately. These have the advantage of delivering a powerful throat hit and intense vapor even with milder nicotine concentrated e-liquids, thus giving you the chance of getting from a pack-a-day to nicotine free in a matter of months.

Some people like to give up on tobacco completely after their first vape, while others become dual users and slowly cut down on the number of combustibles. There isnâ€™t any good way of doing it, and it all depends on your will and the power of your cravings. If you feel that you are not satisfied with the throat hit or the amount of vapor, donâ€™t jump to the conclusion that ecigs are no good. You simply donâ€™t have to give up and go for either a more powerful device or a more concentrated e-liquid.

Vaping tends to be more relaxing than smoking because youâ€™re never on a time limit â€“ like in those small breaks where you had to light up and finish the cigarette in a few minutes.

You also can adjust the intensity of each vape, the time between puffs and with an advanced personal vaporizer even the wattage at which you are vaping. Donâ€™t take long hits right from the start. Begin with small draws and gradually let your body get used to the whole process. You might even notice some coughing at first or some symptoms of your body cleaning itself from all that tar. Donâ€™t get alarmed, it happens to almost everyone. However, if the symptoms accentuate or donâ€™t disappear after two weeks itâ€™s a good idea to consult with your physician.

The good thing with e-cigarette is that there are countless flavors available and you will never get bored of the same dull taste. You can experiment with fruity aromas and even gourmet type cocktails like scrumptious apple caramel crumble or banana foster.

And because the majority of mods and advanced personal vaporizers out there use the same 510 threading, you can always buy a more powerful tank or stay in tune with the latest trends in the vaping community.