How e-cigarettes and disposables work 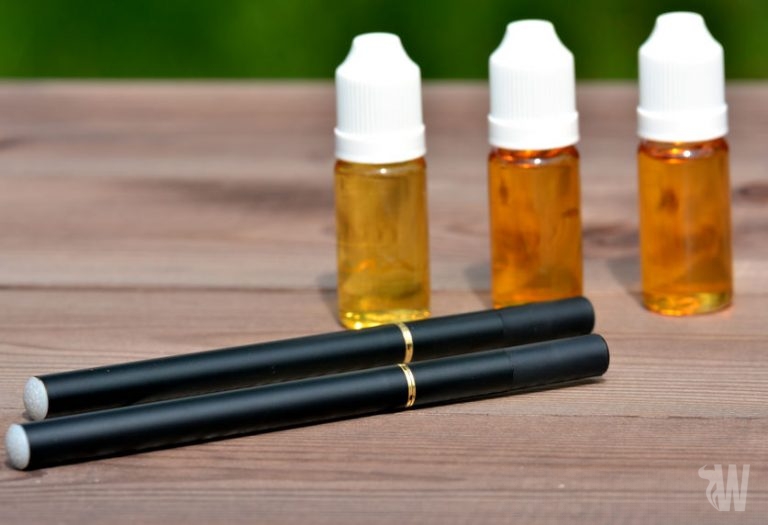 The e-cigarettes are some very advanced devices, that’s why their functioning may be a little bit unclear. I’ll try to explain you step by step how they are made, how should you use it and what makes it different from the analog cigs. The smokeless cigs are devices powered by a battery, in order to turn an aromatic liquid into vapors that contain nicotine, which can be inhaled for satisfying your nicotine need, but all this without any ash, smoke or fire and without any toxic substances released while using them. The fact that there are no burning resulted gases is what makes the e-cigarettes healthier, but vaping also means no tar, and implicitly no bad smell or bad breath.

The Cartridge of e-cigarettes

The first thing you must know about the electronic cigarettes is that they are formed by a cartridge filled with flavored liquid, a component that heats, called atomizer and the battery that powers the whole system. Almost all manufacturers start from this simple scheme, but small customization's is what makes one product better than other ones. As an example, while many still use these 3-pieces cigarettes, some evolved to using only two components, by including the atomizer in the liquid tank. This solution is welcomed mostly because of the leaks that appeared when liquid was transported to the atomizer and the fact that it had to be cleaned almost after every cartridge replacement. By having a compact disposable component, your single job will be to buy enough refills for never to run out of them.

If you think that the price of the e-cigs is too high, you must understand that it also contains a microprocessor that calculates the exact amount of vapors you need and initiates the mechanism according to the pressure you apply while puffing. Another cutting edge component is the pressure sensor, which detects whenever you use it, improving the vaping experience a lot. You may not know, but before using it, you had to press a button each time you used it, consuming much more energy and getting the battery drained in less time. While everything works, you’ll see that the e-cigarette has a red LED on the tip, looking exactly like a regular cig and also letting you know that you can start inhaling. Long story short: when the sensor detects you puff, it lets the processor know you’re using it and the second one starts the device. The battery offers the necessary energy for all the components, including the atomizer. That’s when the diode lightens, showing it started working, and the heating part starts getting hot and turning the flavored nicotine liquid into vapors. In less than a second, vapors will start being produced and you can start enjoying your favorite aroma without all the risks that smoking comes with.

The anatomy of a disposable E-cigarette

If you think about which type of battery you’ll get, you must know that almost all the producers use Li-Ion accumulators that can be recharged, exactly like the one from your phone. Even the best disposable e cigs you’ll order, no matter from which company you’ll get it, will arrive almost completely assembled, with the battery already charged, and you’ll have to only pick a cartridge and put it in the right place, and everything is ready. What you must know is that the liquid used for the vapor cigarettes is completely safe, and it is approved to be used in food. The substance is called Propylene-Glycol and it is mixed with various flavors and, in some cases, nicotine. Nobody says that the product is 100% healthy, but compared with the tobacco smoking, it is a breath of fresh air.

If you haven’t bought an e-cig before, you’ll probably need to order a starter kit that contains multiple batteries, a variety of cartridge aromas and the charger, specially designed for your new device. From some companies you could also get covers and transportation cases.

Making the switch to vaping

Although the whole electronic cigarette thing became extremely popular on the internet, you’ll see that many companies decided to open real shops in many cities. A good reason for migrating to the electronic cigs is also the fact that you’ll save plenty of money by forgetting about the analogs, but the fact that you’ll use an exquisite device, a real gadget should make you happy. Although these cigs are popular, you’ll always have something to start a new conversation, talking about the brand you use and how many flavors you can buy.

Compared to other products, I must say that I’ve seen many sites dedicated to this project that are proud with the fact that they offer lifetime guarantee, being so sure that their mechanism is flawless and everything will help you understand that getting a nicotine kick doesn’t mean you will not smoke anymore.

If this Electronic Cigarette Explained article did not answer your questions please don't hesitate to contact us. You can also reach me on Google plus