Increasing popularity of Eigs amongst Celebrities 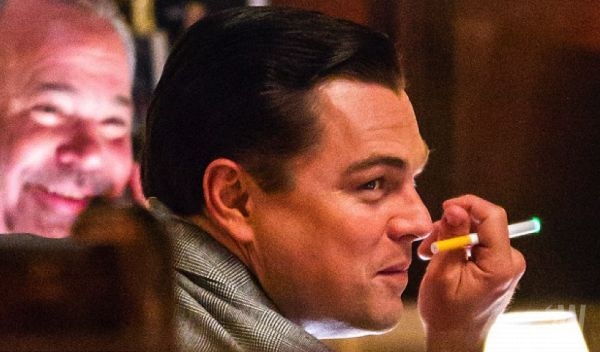 Electronic cigarettes, popular known as e-cigarettes or e-vapes, look and feel like real tobacco cigarettes but are much more than that. Introduced to the US market in 2007 after being developed by a Chinese pharmacist Hon Lik who is a heavy smoker. It seems that e-cigarettes are taking over a whole new industry and starting a new trend. Since 2007, they have already doubled their annual market share, owing to fact that e-cigarettes give smokers the freedom to smoke whenever, however and wherever they want. Increased sin taxes, public bans on smoking, and an overall increase on the awareness about the dangers of smoking have helped people turn towards the safer alternative – e-cigarettes.

The US Food and Drug Administration (FDA) as well as the Center for Disease Control and Prevention (CDC) have yet to speak on its effectiveness and safety. As such, e-cigarettes are not regulated.

They look like cigarettes but do not have the chemicals that kill smokers. It just emulates the cigarette smoking experience. You get to use it like a real cigarette, puffing on one end and seeing it light up to get smoke in the form of vapor come out of another. E-cigarettes contain varying doses of nicotine, a highly addictive substance found in tobacco cigarettes and this is why it has been touted as the next big thing as a smoking cessation product.

A Booming Industry: A Global Trend

Back in 2003, the e-cigarette industry held less than 1% of the $80B strong cigarette industry in the US. It has doubled every year since then with the country holding the top spot of the market worldwide. UK is coming in close with an expected 1M user forecast by mid-2013.

Experts would like to trace the booming popularity with a key ingredient: social acceptance. A very good example is the smell real cigarettes give off. With e-cigarettes, you can smoke indoors and not disrupt or offend people with your smoke. It also can be more economical for users in the long run as opposed to buying tobacco cigarettes.

Popular celebrities have joined the e-cigarette trend. With famous celebrities seen with vapes in their hands, it undoubtedly is good publicity for the e-cigarette industry. Sales of e-cigarettes are expected to boom to a 10M mark in the UK alone by the end of 2013 with celebrity endorsers like Cheryl Cole and Johnny Depp contributing to its popularity.

Here are some celebrities who smoke e-cigarettes:

Di Carpio has been a long-time user of the vape, being photographed using it at numerous occasions. A known supporter of green causes and environment-friendly industries (hybrid cars for one), it is not surprising that this A-list star uses friendly smoke.

The famous Twilight star and his equally famous ex-girlfriend Kirsten Stewart have always been very public with their smoking habits. Pattinson has recently claimed he has quit smoking.

Heigl even went as far as smoking an e-cigarette in the Tonight Show with David Letterman. She even convinced David to give it a try.

This controversial star has been a favorite among paparazzis to document (and harass). She was seen using an e-cigarette when she was under house arrest.

He doesn’t only openly endorse e-cigarettes, Depp has also used in on film. In the movie The Tourist he took a few puffs from an e-cigarette while in the train watching the character of Angelina Jolie.

This character actor was spotted using e-cigarettes on the set of Beneath the Darkness.

Sheen is a confessed chain smoker. When he was seen with an e-cigarette on his hand, it was rumored that he will try to sell his own line online. His brand of e-cigarettes was to be called “NicoSheen” but despite offerings in the market in 2011, it never really took off the ground.

Probably the most fashionable e-cigarette celebrity smoker is party princess and fashion queen Paris Hilton. Paris has been photographed during her younger years drinking heavily and smoking cigars. Nowadays, fans will be happy to learn that Hilton sticks to using e-cigarettes.