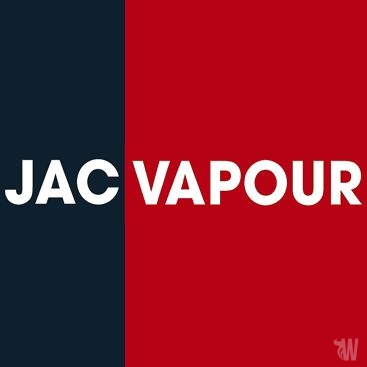 As e-cigarettes are increasingly getting popular through the years, opponents are also getting more passionate about their cause. These people’s main concern is that e-cigarette sales and distribution are not yet fully regulated and therefore the target market must be wary about this device. But do e-cigarettes really need to be regulated just to make it a more acceptable alternative to tobacco smoking?

An e-cigarette is a device shaped like a traditional or analog cigarette. The body is made up of metal and is usually composed of two parts: the battery and the cartomizer. The battery provides the power to the cartomizer. The cartomizer, on the other hand, holds the atomizer and the e-liquid which turns into vapor when the user inhales then exhales, just like smoking a traditional cigarette. It is different from a tobacco product in such a way that there is no combustion of compounds, therefore no smoke is emitted. This is why the act of using an e-cigarette is called vaping and the users are called vapers instead of smokers.

E-liquids are solutions made up of flavors and safe compounds such as propylene glycol or sometimes vegetable glycerin which have been proven to be safe in previous studies. A fog machine used in shows, plays, and/or concerts contain these compounds too and no one questions the safety of such machine. Vapers are also given the liberty to choose the level of nicotine to put in their cartridge while others choose to put none at all.

E-cigarettes are relatively new players in the industry having only been introduced in the international market within the decade. Thus, there are only few studies to back up e-cigarettes. However, available published works can tell that e-cigarettes are safe enough and make a good alternative for those who smoke.

In a study by Dr. Marciej Goniewicz, a cancer researcher at Department of Health Behavior at the Roswell Park Cancer Institute in Buffalo, New York, and his team found out that smoke from tobacco is so much more toxic than e-cigarette vapor. The toxicity level of which can even reach up to 450 times more than vapors coming from e-cigarettes. Vapors from e-cigarettes were tested for the same toxic substances known to be present in analog cigarettes namely: carbonyls, nitrosamines, volatile organic compounds, and heavy metals. Goniewicz, et al concluded that while some toxic compounds are also present in e-cigarettes, the levels of which are very minimal and poses so much less health risk to the vaper.

Another study by the group of Dr. Goniewicz shows that second-hand exposure to vapor from e-cigarette is safe as opposed to smoke from tobacco which has been proven to cause lung cancer even to those who do not smoke at all. Furthermore, non-vapers may be exposed to nicotine from vapers but the toxic substances that are known to be the culprit leading to health issues are not present in second-hand vapor.

Nevertheless, e-cigarette opponents are probably not yet aware of these studies. E-cigarette manufacturers, dealers and satisfied users are calling for better education so others who are wary of e-cigarettes are equipped with the right information. One e-cigarette company, JAC Vapour is taking it to the next level by introducing vaporless e-liquid now known as Clear Steam. The more common e-liquids in the market today emit vapor that is slightly greyish in tint. As previously mentioned, the greyish vapor is safe and does not cause health issues. The general public, however, are anxious at the mere presence of colored vapor that they see being emitted from e-cigarettes. Thus, some parts of the UK and some states in America have already banned the use of e-cigarettes and restricting companies from advertising too. This step by JAC Vapour to create invisible vapor is probably a brilliant idea to differentiate e-cigarettes from analog tobacco. JAC Vapour’s co-founder Emma Logan believes that, “excessive bans that make it difficult to use the devices could have adverse consequences. “ Logan adds that marginalizing the device can potentially lower the chances of it saving lives in the long term.

Clear Steam can change the way consumers look at e-cigarettes. It is yet unknown how governments will react to this new product line, but the company has since received positive feedback from its users.