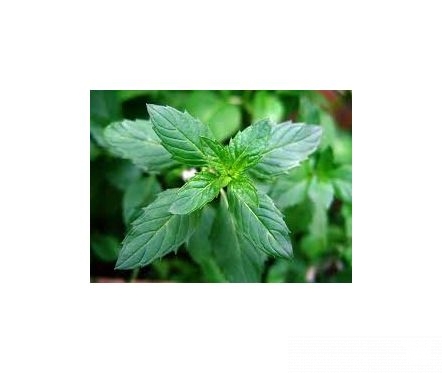 Menthol is part of our day-to-day lives and it is present in a wide variety of products, from cosmetic to pharmaceutical and even alimentary. Who doesn’t like the freshness of new toothpaste, a soothing aftershave or a delightful cup of tea? We love mint and it’s no surprise that one of the most common flavors in cigarettes is menthol. However, people that smoke menthol cigarette, do it more frequently than people using general tobacco flavors are and far less likely to quit. Just like the heat from a chilly can make your taste buds more sensitive to the flavors in the food, the same way menthol can ‘tweak’ our brains and make them more sensitive to nicotine.

While this is old news in the scientific community, how exactly does menthol act on our brains remained a mystery until a few months ago. A recent experiment at the California Institute of Technology in Pasadena led by Brandon Henderson (postdoctoral research scholar in the biology division) and his research team found that exposing mice to menthol alone makes them develop an increased number of nicotinic receptors, which are essentially the areas of the brain susceptible to nicotine.

The same menthol that can act as a cure for a mildly irritated throat has been used with some types of cigarettes since 1920. But menthol smokers find it more difficult to quit than unflavored tobacco smokers as one study showed. Around 50% of regular smokers managed to kick the habit, while only around 23% of menthol cigarette users managed the same performance. As time passes by, smokers of both regular tobacco and menthol get more nicotinic receptors, usually in the areas of neurons responsible for motivation and reward. The weird part is that smokers of menthol develop even more of these receptors.

To get a clearer idea about this particular discovery, Brandon Henderson and his team decided to experiment with two groups of mice. The first one was exposed to nicotine and menthol while the second group was exposed to menthol alone. The conclusion was that, even without the nicotine, menthol managed to induce the growth of more brain nicotinic receptors (or nACh receptors). This increase was up to 78% in a certain zone of the brain called the ‘ventral tegmental area’ which is involved in addictions.

The data clearly shows that menthol is not only a flavor additive as according to popular belief, but rather a much more complex substance, capable of creating changes in our brains and the way we perceive other substances. And if the effect is similar in humans, the discovery might explain why menthol cigarette users find it so hard to quit. However, the results of the study are not yet conclusive. Instead the breakthrough calls for more research to determine how exactly menthol affects the nicotinic receptors in the brain.