Nicotine gum and patches could be as harmful as smoking tobacco 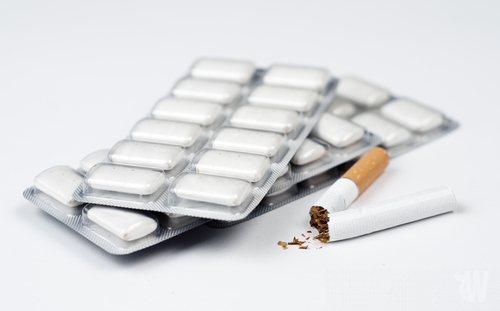 Smoking is a very hazardous habit and as more and more people come to realize this fact, they start looking for a way to cut down on the number of daily cigarettes or even to quit permanently. However, because tobacco contains nicotine, which causes addiction, it is incredibly hard for a person to give up on smoking entirely without some third party help. For many years, nicotine patches and gum were considered a safe alternative to get the much-needed fix and to help users smoke less. Hundreds of thousands of people use these products on a daily basis in an effort to fight their tobacco addiction.

However, a recent study from Virginia Bioinformatics Institute suggests nicotine patches and gum are just as bad as smoking. Geneticist Jasmin Bavarva and Professor Harold Garner of biological science, computer science, and basic science affiliated with the College of Science, the College of Engineering, and the Virginia Tech Carilion School of Medicine, found an association between cancerous cell growth and the use of nicotine patches and gum.

These patterns are similar to those identified in cells experiencing oxidative stress, which is a known precursor to cancer, according to the study published in Oncotarget medical journal. A previous study in journal PLOS One by the researchers looked at gene expression patterns caused by nicotine. More specifically, the use of gum and patches triggered nucleotide polymorphisms (SNPs) in exposed cells, which is essentially a form of cancerous growth.

‘We now have a broad picture of genomic effects in nicotine," said Bavarva, lead author of both studies. ‘These results are important,’ added Harold Garner. ‘This is because for the first time they directly measured large numbers of genetic variations caused only by nicotine, showing that nicotine by itself can mutate the genome and initiate cancer.’

Nicotine is one of 4,000 chemicals found in cigarette smoke, besides Naphthalene, Benzene, Acetic Acid, Carbon Monoxide, Lead, Formaldehyde, Tar, Hexamine, Arsenic, Toluene, Acetone, Ammonia, Butane, Cadmium, Methanol, and Nicotine. While many of these chemicals are globally recognized as carcinogens, nicotine has, until now, only been considered addictive rather than carcinogenic.

Choosing to use the nicotine patches or nicotine gum instead of smoking drastically reduces the amount of chemicals a person inhales, but this recent study reveals that traditional smoking cessation products are not always the best choice.

The oldest and most successful method to kicking the habit is going ‘cold turkey’ that translates to quitting smoking without taking any substitute for nicotine. Up to 75 percent people who have quit smoking claim to have done so without the aid of any aid or supplement. Coupled with therapy and intervention, cold turkey is believed to be the best way to quit.

Electronic cigarettes are also an amazing replacement for tobacco smoke, since you can gradually reduce the concentration of unadulterated nicotine inside the e-liquid, without exposing the user to thousands of nasty chemicals.