The quitbit, a possible alternative to e-cigarettes 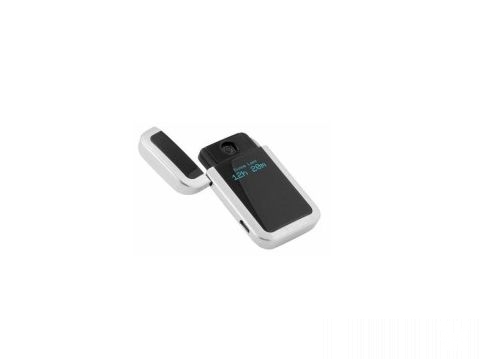 Boston-based company â€˜Quitbitâ€™ launched its â€˜smart lighterâ€™ for tobacco cigarette tracking and smoking cessation through a crowd funding campaign on Kickstarter. The â€˜Quitbitâ€™ team includes two former â€˜Zeoâ€™ employees and has the former Zeo co-founder and Ben Rubin as an advisor.While early buyers can pre-order a â€˜Quitbitâ€™ for between $69 and $89 and get it in December 2014, if everything goes according to plan, the company hopes to begin selling the device next year for about $149.

â€˜The first idea was a package for cigarettes and each time you removed a cigarette it would track it, but we quickly iterated because we realized the lighter would be the easiest way,â€™ Ghofrani said. â€˜Itâ€™s the way with the least friction for someone who wants to reduce their smoking, because it doesnâ€™t require a new device. We just replace your lighter with our lighter, and then you get all the benefits of being more mindful of your smoking habits.â€™

Nevertheless, the â€˜smartâ€™ thing about the â€˜Quitbitâ€™ is the associated application for smartphones, which can be downloaded in an early version in the AppStore, and comes with a few capabilities that many offered by other smoking cessation programs. It includes a savings calculator by counting the number of daily unsmoked cigarettes. It also indicates users how the status of their current goals and enables them to share the progress with buddies on different social platforms. The team is working on an android app as well.

The â€˜Quitbitâ€™ can be set to stop functioning after a set number of cigarettes has been lit during the day and while a smoker could ask a friend for another lighter, Ghofrani believes it's the small obstacles like this one that can help a user eventually quit.

â€˜There is so much out there related to smoking cessation right now,â€™ he said. â€˜Thatâ€™s good and bad for us. Weâ€™ve actually gone out, especially when we were just starting out in Providence, and tried to work with some of these government agencies that work on this problem. Because there is so much out there right now, government agencies are reluctant to work with programs that are not clinically proven.â€™

At the moment itâ€™s unclear how much of the smoking cessation market Quitbit's lighter could take, and whether the device could compete with battery-powered e-cigarette sales among users hoping to quit smoking.