The e-cigarette take over 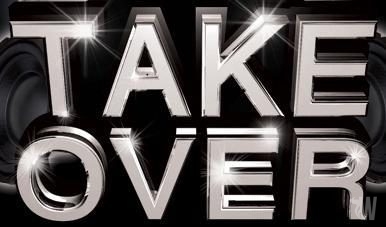 From a simple idea in the 1960s, to a rebirth in 2004, when China introduced into the market the first smokeless cig, the electronic cigarette has known quite an interesting journey. After China made it popular, the e-cigarette is now available into markets worldwide, with sales numbers that grow bigger and bigger with each year that passes. The future looks bright for the electronic cigarette market and people that are searching for a cheaper alternative to analogs find the solution in e-cigarettes. The cigarette will be none existent. Is the E-cigarette take over real?

Over the past few years the electronic cigarette industry has flourished. With the e-cig becoming more and more popular a lot of new providers and manufacturers have emerged. While the tobacco companies try to protect their products, and therefore avoid coming into the electronic cigarettes market, many new companies have seen in this a possibility to establish a name and even expand. As the e-cigarette market starts to mature, various brands and products have been consolidated, and huge investments were made in marketing support. Their popularity is increasing very fast, more and more peoples being tempted to give the e-cig a try.

Among the reasons that make this device so popular and wanted are peopleÆs concern with their health, the possibility to vape whenever they want, regardless of the place theyÆre in, as well as the lower costs that e-cigarettes involve. People, especially young people, see in the electronic cigarette a healthy lifestyle choice, and they prefer to vape rather than to smoke. Also, the electronic cigarette was not created to help people quit smoking but it is rather a choice that the consumer makes.

Electronic cigarettes have been marketed in an enhanced manner that can appeal not only to existing smokers but also to teenagers or children. That is why, advertisers have to take this into consideration as well, and create marketing campaigns that draw attention to the product but at the same time makes it clear that it is addressed only to people over 18, and it contains nicotine, which can be addictive.

The electronic cigarette has known an impressive growth and popularity, and increasing numbers of people are learning about them and buying them constantly. In just a few years, they became known worldwide, and many electronic cigarette brands have been established successfully. In the future, it is believed that the e-cigarette will grow even more, convincing existing smokers to kick their habit and choose vaping.