Back to basics: the ecigarette guide for beginners 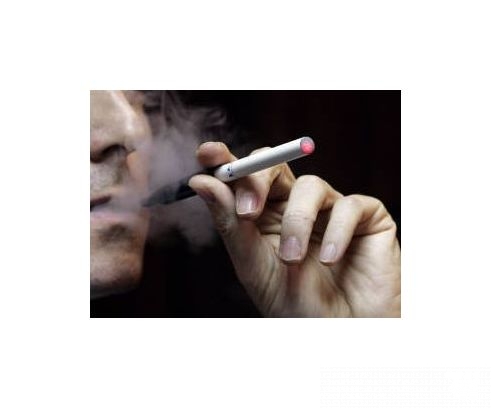 It is a well-known fact that smoking has been identified as the greatest single cause of illness around the world. In the US alone, studies and research show that about 8.6 million people suffer from at least one deadly illness that is caused by smoking. In every person that dies from a disease related to smoking, research indicates that there are twenty more people who suffer from an illness related to it. With all the studies and proof that cigarette smoking is dangerous to oneâ€™s health, many products that claim to help one stop the deadly habit have invaded the market.

If you smoke, giving up is probably the best thing you can do to improve your health and lengthen your life. But as many smokers would say, it is easier said than done. Ingredients found in cigarette have substances that are highly addicting so there will be withdrawals and side effects when one decides to stop.

Tobacco is one ingredient that is harmful to oneâ€™s body, not necessarily the nicotine also found in cigarettes. Nicotine is the substance that makes one addicted to smoking cigarettes. If one can gradually wean off his nicotine cravings without having to rely on smoking cigarettes, it can be the best way to help one keep off cigarettes for good. This is where using an electric cigarette comes in.

What is an E-Cigarette?

An e-cigarette, also known as an electronic cigarette, e-cig, smokeless cigarette, vape, or personal vaporizer is a battery-operated device made to function like a â€œrealâ€ cigarette. You use it like how you would use a real cigarette, drawing on the device to be able to puff the vapor that you inhale from it. This is the reason why using a electronic cigarette is often referred to as â€œvapingâ€.

What are the Parts of an E-Cigarette?

Electronic cigarettes actually look like real cigarettes, only slightly bigger but are still sleek in design. It consists of a battery, a cartridge containing nicotine, a solution of propylene glycol or glycerine mixed with water and an atomizer. The atomizer is the part of the e-cigarette that turns the nicotine solution into vapor.

The cartridge containing the nicotine is refillable and is available in varying degrees of concentration or strength, similar to how traditional cigarettes come in full-bodied or light concentrations. One of the many advantages of using e-cigarettes is the assortment of flavors available with these cartridges. Popular choices include apple, chocolate, coffee and mint.

How does an E-Cigarette Work?

Since we already discussed the parts of an e-cig, letâ€™s get down to explaining how it works.

When a user inhales from the tiny opening at the tip of the e-cig, very much like how one puffs from a traditional cigarette, the battery-powered atomizers converts a small amount of liquid from the cartridge into vapor. The vapor is the one that gives the user the nicotine hit. When one inhales, a small LED light found at the tip of the e-cigarette lights up and turns to orange or red, simulating what happens to a traditional cigarette.

Will it Help a Smoker Quit Smoking?

Since e-cigarettes are fairly new to the market, further studies and research still have to be made to be able to verify this claim. Users have claimed however that it is a better alternative to a nicotine patch or gum since the nicotine high hits in a matter of seconds rather than minutes. It is also an advantage since buying cartridge refills that have decreasing nicotine concentration can gradually help wean smokers off the addiction