Vaping at high voltages could be harmful 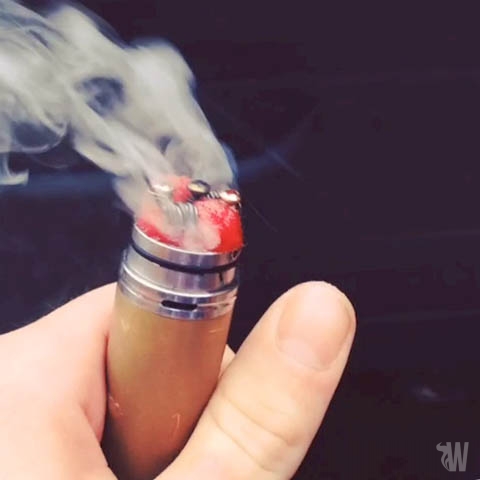 A new study published today in the New England Journal of Medicine found that, in certain conditions, vapor produced by an electronic cigarette can contain up to 15 times more formaldehyde than levels normally found in tobacco smoke.

Formaldehyde is a colorless gas, with a very strong and distinctive smell that is recognized as a human carcinogen and usually used in the chemical industry for creating certain types of glues and as an embalming fluid in mortuaries. Its presence in the smoke coming from combustible tobacco cigarettes has been long known by scientists and initially it was believed that since e-cigs only produce vapor and there is no fire involved they are not responsible for the emission of such carcinogens.

However, as the study shows, they can produce formaldehyde - but only when tweaking the voltages to the maximum. But before getting alarmed, let’s get all the facts straight. It is true that newer types of e-cigarettes (advanced personal vaporizers and mech mods) can operate at very high temperatures and give users complete control over the whole vaping experience – but no vape could ever enjoy puffing on a device that’s hot enough to release this hazardous chemical.

When operating at regular voltages of 3.7 volts, the levels of formaldehyde are identical to any FDA approved inhaler. This is also the case of regular two piece cig-a-likes, eGo devices and all types of regulated electronic cigarettes that never let the battery go over a certain voltage. Yes, it does apply mostly to those who like to tweak the devices and build their own coils, but any vaper would know the moment he starts experiencing ‘dry puffs’ that something is wrong. In fact, if faced with a similar situation, any vaper will lower the length of each puff and thus prevent the atomizer from overheating and releasing the perilous chemical.

Dr. Konstantinos Farsalinos, a respectable researcher who is responsible for debunking many of the myths surrounding e-cigarettes swiftly posted an article on his blog in response to the published study. Reading the research, Dr. Farsalinos noted that the scientists found in fact formaldehyde hemiacetals and not formaldehyde itself and discovered no link between them and the formaldehyde-releasing agents mentioned in the study. Also, there is no current evidence that these hemiacetals are toxic or cancer causing.

Secondly, Dr. Farsalinos discovered that there was no clear indicator about the power used in experiments and in order to correctly characterize the thermal state of an e-cigarette, the energy should have been expressed in watts. The doctor managed to do an estimate of 14 to 16 Watts for the 5.0 volts used in the test and considering an atomizer resistance of 1.6 to 1.8 ohms it would clearly cause it to overheat. Above all this, the dry puffs coming out of such an overheated atomizer are very unpleasant to inhale and no vaper could withstand the taste. The researcher concluded that even though the results of the study are true, no one will ever be exposed to such levels of formaldehyde in day to day vaping.

So as long as you are not pushing your device to the limit and refill your tank with e-liquid once you notice getting close to dry puffs, you will never inhale that much formaldehyde. The sad fact is that scary research like this can put a lot of pressure on the federal regulators to impose far stricter rules on e-cigarettes than actually necessary.