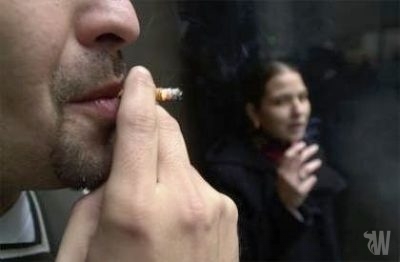 I always smoked and I really liked the whole idea of doing it. The fact that I could socialize with my co-workers and the whole smoking routine was what was keeping me doing it, because I never really was an addict. For me, it was only a thing to do while working, a thing that I was used to do since college. Ok, that was until the cough came and my new girlfriend told me many times about the bad smell thatâ€™s deep in my clothes. Thatâ€™s when I first thought about replacing the analog cigarettes. I continued using them, but thank god I paid attention to one online ad where e-cigs were promoted.

First, I was thinking that the whole thing may be a scam, because everything looked perfect: the possibility of using various flavors â€“ you must know that I never was a big fan of the tobacco- really intrigued me and added to the fact that I could still spend quality time with my colleagues made me want this device really bad. The fact that the promoted company there was from the US made me think that it is less likely to be something shady about it and I decided to order. I must tell you that when the kit arrived, I was really impressed by how classy the e-cig looks and how much attention they paid to every single detail. I think this could vary from producer to producer, but the fact that some look exactly like analog cigarettes and those that arenâ€™t look even better is an advantage in taking the decision to switch.

Another thing that I always liked to do is to go wine tasting, and Iâ€™m pretty sure that my taste accuracy decreased when I started smoking. I canâ€™t say that from the moment I migrated to electronic cigs everything came back instantly, but after a few weeks I can say that I donâ€™t have that ashtray smell and I can enjoy exquisite beverages and food tastes again. The nicotine concentration may be different from each brand or variety of e-liquid, but whatâ€™s really important is the fact that youâ€™ll never smell like smoke again and youâ€™ll be able to use your vapor cigarette whenever you want, even without leaving the building, because it wonâ€™t trigger any sensors. In my opinion, the e-cigarettes are not just an alternative to smoking, but a complete new experience, one that costs you less money and doesnâ€™t affect your health and attractiveness that much.