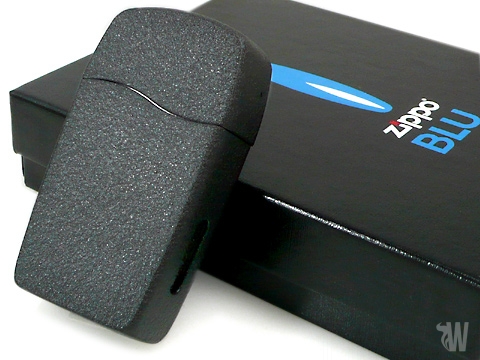 Zippo is one of the most renowned brands in the world and it was established in the autumn of 1932 by George G. Blaisdell, with a history of over 500 million sold units of their already famous wind resistant cigarette lighters. With some enhancements to the flint wheel other redesigns of the casings, the product had remained virtually unchanged and is guaranteed for life. Zippo's portfolio includes fashionable items for men, lighter accessories; candle lighters working with butane; perfumes, and a solid line of flame and heat products for adventure seekers. Zippo is present in over 160 countries world-wide.

Zippo sued a subsidiary of Lorillard in May this year for ownership on the trademark ‘BLU’ for its line of blue-flame butane lighters and wanted the tobacco giant to stop selling it’s blu E cigs products. These ‘BLU’ lighters differ from traditional Zippos in their use of butane fuel rather than traditional lighter fuel, thus producing the distinct blue-colored flame that’s respective to its namesake.

And it seems, it’s good news for Zippo as a German court has obliged the subsidiary of tobacco company Lorillard Inc to stop marketing its popular blu ecigs in the country, due to trademark infringement. ‘I am very pleased that the German court affirmed our legal rights to our intellectual property,’ Zippo CEO Gregory Booth declared in a statement, adding that his company was working ’vigorously’ to defend its trademarks across the globe.

However, according to the company's director of investor relations Robert Bannon, this infingement will only affect the online sector since blu e-cigs aren't soled at the moment in Germany's retail stores, but has been expanding its brand internationally by rebranding SKYCIG products into blu products in the United Kingdom. Lorillard bought the assets and operations of SKYCIG, a British-based electronic cigarette business, for $48.6 million in 2013 as part of a goal to become a global e-cigarette player, but sold them to Imperial Tobacco as part of the giant’s merger with Reynolds.

Zippo spokespersons declared that the Regional Court of Frankfurt am Main agreed with the lighter company that the ‘blu’ electronic cigarette brand creates a ‘likelihood of confusion’ with the company’s European Union Community trademark of ‘BLU.’

In a statement to the press, Lorillard officials said the brand will battle against ‘these types of opportunistic trolling tactics. Zippo has shown it is willing to try to unfairly capitalize on the commercial success of others when it has failed to prevail in the marketplace.’

The company argued in court that there was ‘no likelihood of confusion, mistake or deception’ with Zippo's BLU lighters due to the fact that products are not in direct competition and consumers were intelligent enough to spot the difference.